NICK FRIEND: Robinson, who has represented England at both under-19 and Lions level, captained Kent in red-ball cricket earlier this season and is highly regarded across the county game 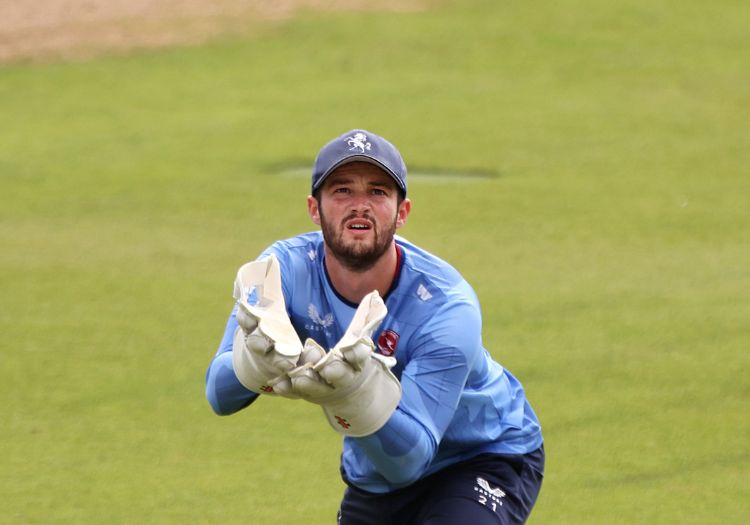 Kent wicketkeeper Ollie Robinson is to leave the county at the end of the season to join Durham.

As reported by The Cricketer in July, the 23-year-old, considered one of the most highly rated young wicketkeeper-batters on the county circuit, has been sought after since earlier this summer.

Robinson’s current contract expires at the end of the 2023 season, but an agreement was included in the deal that would allow him to explore other options a year early if certain criteria weren’t met by Kent.

The situation has arisen as a result of a wicketkeeping logjam at Kent, stemming from Sam Billings’ rise in the Test pecking order over the last 12 months. Previously, Billings and Robinson have played together in first-class cricket, but with Robinson behind the stumps. Jordan Cox, named in England’s squad for the T20I tour of Pakistan, is a third talented wicketkeeper-batter.

However, Billings took the gloves for the final Ashes Test in Australia, replaced Ben Foakes as a Covid substitute against New Zealand earlier this summer and then retained his spot while Foakes was recovering for the seven-wicket victory over India.

Since returning to first-class cricket thereafter, Billings has been the designated wicketkeeper in each match, with Robinson left out entirely for the defeat by Northamptonshire in mid-July. Since then, Robinson has replaced Billings behind the stumps as a Covid substitute during a game against Lancashire and, more recently, after Billings injured his groin against Essex in a game where Robinson was initially carded to open the batting but did not keep. 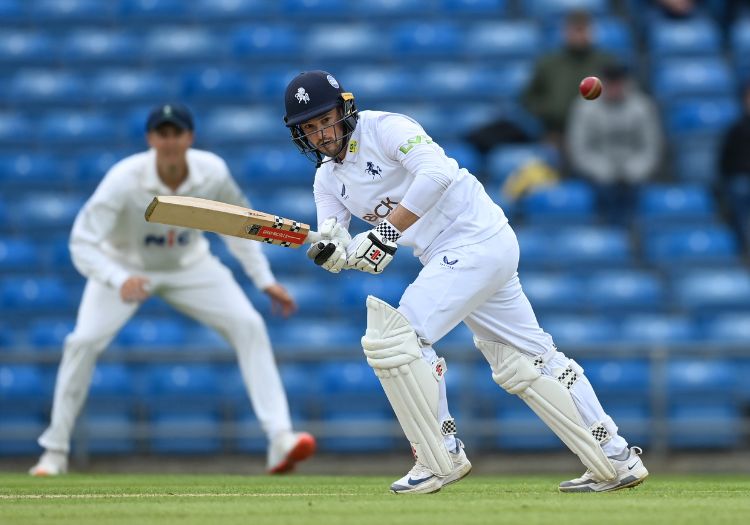 Ironically, Paul Downton – Kent’s director of cricket – endured a similar issue during his own playing days, acting as Alan Knott’s understudy at Kent before leaving for Middlesex, through which he would ultimately play 30 Tests for England.

Robinson, who has represented England at both under-19 and Lions level, captained Kent in red-ball cricket earlier this season but was sent out on loan for the T20 Blast to Durham, where he will fill the void left by Ned Eckersley, who was released last month.

Durham have been scrambling for a wicketkeeper since to help them through to the end of the season; Chris Benjamin has joined on loan from Warwickshire, with 18-year-old Tom Mackintosh taking the gloves in the Royal London Cup and the two County Championship games at the start of September. The imminent departure of Sean Dickson to Somerset heightens the significance of Robinson’s arrival as a quality batter in his own right.

The most recent of his four first-class centuries came last September against Middlesex in a game where only two other players passed fifty.

Not previously known for his white-ball game, Robinson played a crucial role in Kent’s run to the Royal London Cup title. He smashed a double hundred against Worcestershire and made 95 in the semi-final victory over Hampshire, although he was somewhat overshadowed by Darren Stevens’ heroics. Only two players – Stephen Eskinazi and Cheteshwar Pujara – scored more runs than him in this year’s tournament.

Please ensure all fields are completed before submitting your comment!