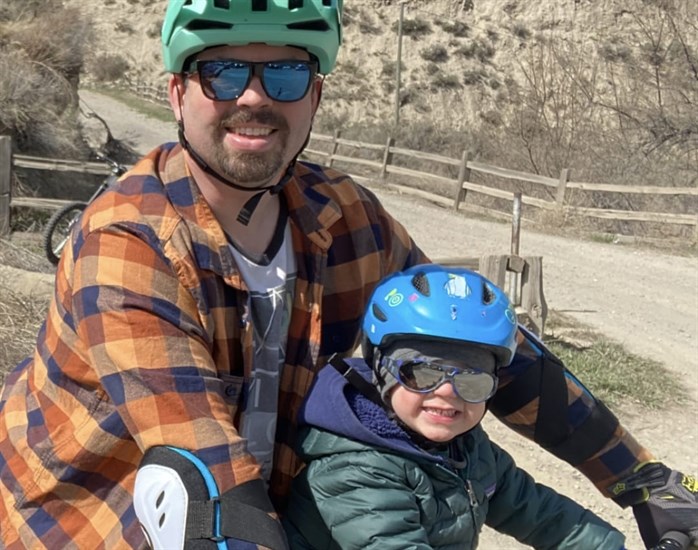 Andrew van der Westhuizen died of his injuries on June 30, 2022, after colliding with a commercial truck on his bike in Kamloops.

A Kamloops memorial ride is being held this morning to honor a cyclist who died after he was hit by a vehicle last month.

Andrew van der Westhuizen was cycling down Highland Road on a multi-use path when the truck crossed in front of him on May 11. The road is the only way in or out of the Juniper Ridge neighborhood, where the van der Westhuizen family lived. He succumbed to his injuries while in the hospital weeks later.

READ MORE: Kamloops cyclist was ’embraced by every community he was a part of’

The Kamloops Cycling Coalition is organizing the memorial ride which begins at 10 am at the Kamloops Bike Ranch, this morning, Aug. 6.

Once organized, cyclists will ride along Highland Road, tracing van der Westhuizen’s route and will stop at the scene of the crash for a moment of silence.

“This tragedy spotlights bike safety issues in our city. Many cyclists have had near misses similar to this. We are heartbroken over the loss of Andrew’s life, for the grief of his wife, Jen, their children, his extended family, friends, neighbors. and the medical community in which he served,” according to a Facebook post from the coalition.

Following the ride, a bring-your-own picnic organized by van der Westhuizen’s wife Jen will be held in Juniper Park.

More information about the ride can be found on the group’s Facebook page.

A celebration of life is also scheduled for Aug. 13 at 11 am in Victoria, where van der Westhuizen used to live. The event will be live-streamed.

His family is also encouraging residents to donate to Canadian Blood Services under Team Andrew, ID number: TEAM0104645 as they will keep track of the number of donations in his honor. He received close to 100 units of blood prior to his death, according to the family’s website.

To contact a reporter for this story, email Carli Berry or call 250-864-7494 or email the editor. You can also submit photos, videos or news tips to the newsroom and be entered to win a monthly prize draw.

We welcome your comments and opinions on our stories but play nice. We won’t censor or delete comments unless they contain off-topic statements or links, unnecessary vulgarity, false facts, spam or obviously fake profiles. If you have any concerns about what you see in comments, email the editor in the link above.