If evidence is required of just how fraught emotions have become in the battle between the PGA Tour and LIV Golf—or, more accurately, between Tour players and LIV’s patsy plaintiffs—then consider the example of Davis Love III. Throughout his almost 40-year career, Love has been the epitome of a genteel professional golfer, unfailingly polite towards colleagues and so buttoned-down that his idea of ​​a revolutionary act is wearing pants of an off-khaki hue.

Suddenly, the establishment’s ideal of a company man has morphed into Davis le rougean Ocasio-Cortez in Ralph Lauren pinstripes, encouraging boycotts from a constituency that usually only cares about slow play and high taxes, while insisting that no LIV player will darken the door of his Presidents Cup team room, even if declared eligible by fact of the court.

And he’s not even the angriest guy out there.

Finally, we’ve reached the inevitable point at which the PGA Tour’s carefully-constructed tapestry of collegiality comes apart at the seams. That image was always less organic than enforced, with disciplinary actions against players who spoke ill publicly of a fellow member. The intent was to create a commercially attractive impression of golf as being free of jerks, cheats, cokeheads, wifebeaters and other blackguards. That facade held through the early defections to LIV, as Tour loyalists insisted they’d remain friends with the departed. But in the wake of Wednesday’s legal filings by LIV players—one an injunction request that would force three of them into the PGA Tour’s FedEx Cup Playoffs, the other an antitrust claim that challenges the Tour’s supposed monopoly—the fissures are expanding rapidly.

“Their vision is cherry-picking what events they want to play on the PGA Tour. Obviously, that would be the higher world ranking events and bigger purses,” said a visibly irked Billy Horschel. “It’s frustrating. They made a decision to leave and they should go follow their employer. I know there are guys a lot more angry and frustrated about it than me.”

“What they’re doing by going over there is detrimental to our Tour. You can’t have it both ways,” said Will Zalatoris. “A lot of guys will be pretty frustrated if they’re allowed to do both.”

“Please stay away in your fantasy land,” tweeted Joel Dahmen.

The increasing fractiousness is unsurprising. It’s tough to remain friends with the roommate who moved to a sumptuous new mansion but returned to burglarize and then torch the house you’re still living in.

Like most lawsuits, LIV’s antitrust claim has its share of colorful allegations, conjecture and hearsay, much of which tends to wither or adjust when oaths are eventually administered. While it was a feast for clickbait editors, the sour aftertaste of its 100-odd pages hints at plaintiffs who are intent not on co-existing with the system but rather dismantling it and reshaping golf to their benefit.

LIV’s compilation of conspiracy theories indicts everyone from PGA Tour commissioner Jay Monahan to Augusta National chairman Fred Ridley, and alleges a concerted effort by golf’s powers-that-be to erect unfair barriers that prevent the rival league from gaining a foothold. It’s an audacious claim from an operation that has already spent north of $1 billion establishing itself, and whose CEO says he has another couple billion on tap. For obvious reasons, LIV’s attorneys (their invoices bound for Riyadh) disregard the possibility that reasonable people might conclude—independently of each other and without anti-competitive motivation—that it’s a bad idea to have elite golf owned by a regime that beheads its critics. and treats human rights as inconveniences.

The PGA Tour will counter that there’s a difference between hurting a potential competitor and not helping that competitor, that it is justified in refusing to allow its more prominent platform, tournaments and assets to be used by LIV to build a business. With 11 plaintiffs, the discovery process alone will be lengthy and revelatory, with unflattering details likely to emerge about both the Tour’s secretive handling of discipline and LIV’s grubby finances. None of which will smooth relations between opposing players who face a court-ordered crossing of paths on the tee.

There’s a strong chance that California’s Northern District will grant the injunction sought by Talor Gooch, Hudson Swafford and Matt Jones that would allow them to compete in the FedEx Cup Playoffs. Judges have broad discretion in deciding on matters of equity as opposed to matters of law, and are often minded to allow athletes to compete while related arguments are litigated. The injunction will be decided in days, the antitrust claim in years. Among Tour players, both are being interpreted as provocative acts by guys who took the Saudi cash but now wish to dip into their purse too.

The eventual outcome of the PGA Tour vs. LIV Golf is decidedly unclear, regardless of the confident proclamations by social media’s constitutional scholars-turned epidemiologists-cum antitrust litigators. The only certainty is that lawyers will earn more than many members of either tour. That won’t mean much to the plaintiffs for LIV, who are being bankrolled by a foreign government and have no personal skin in the game, save the reputations they have already squandered. It’s considerably more personal for those on the other side who will ultimately cover the PGA Tour’s costs in defending itself, a sentiment that will only sour further if a precedent is established that permits LIV players to compete in PGA Tour events as the antitrust case winds its way through the courts.

Greg Norman vowed to reshape golf. He’s already accomplished that in the locker room, though sadly he has remade things in his own resentful, discordant image. Life on Tour won’t be the same again, not even for those few remaining players who still fancy themselves in the mold of a pre-radicalized Davis Love III.

‘If you’re gonna try and double dip, that’s where a lot of guys have an issue’: Will Zalatoris, Billy Horschel, other PGA Tour players don’t sound too happy about lawsuit by LIV golfers 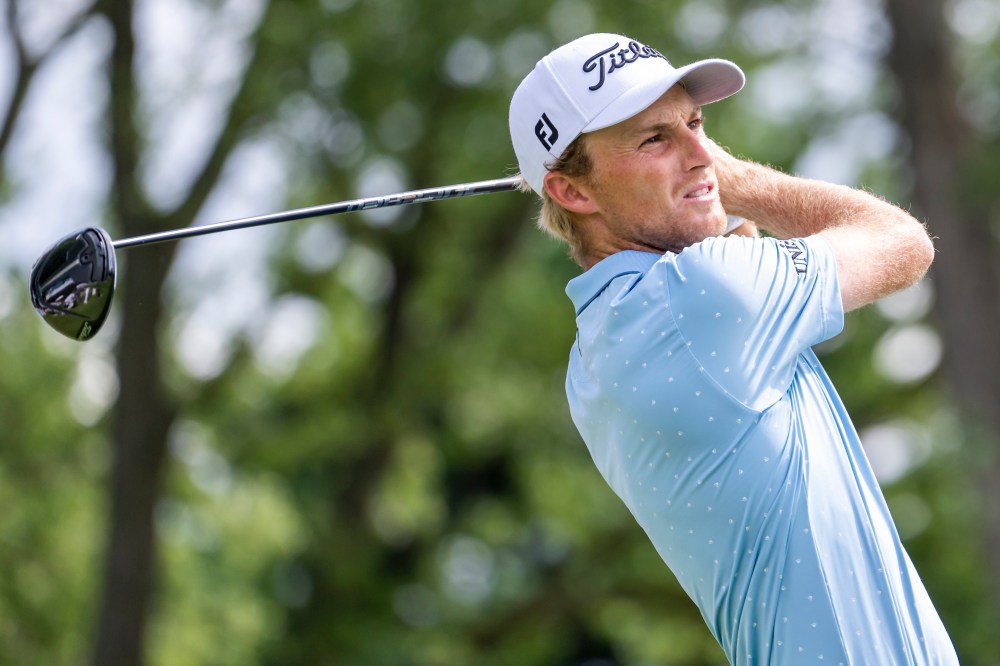