By Patrick Djordjevic For Dailymail.Com

Greg Norman’s attempts to play peacemaker did not go down well with Trevor Immelman, his former teammate, and current captain of the International Presidents Cup team.

Immelman and Norman were part of the 1998 International team which triumphed in Melbourne — the sole occasion in which they have topped the Americans.

Although it seems as if all of that has been forgotten, on Immelman’s part, since the civil war between Norman’s LIV Golf and the PGA Tour tore golf apart at the seams.

‘Outside of all this angst – golf is golf, competition is competition; something every golfer thrives on,’ Norman wrote on Twitter, Thursday morning, before the beginning of this year’s President’s Cup.

As a former player & Captain of the International Team, I wish @TrevorImmelman & his entire team the very best in repeating our only 1998 @PresidentsCup success in Melbourne.’

Immelman responded on Friday, with the Americans in control of proceedings after Day One, simply writing; ‘LOL.’ 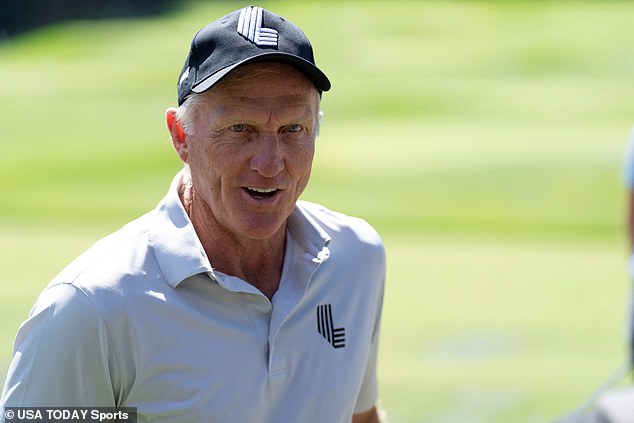 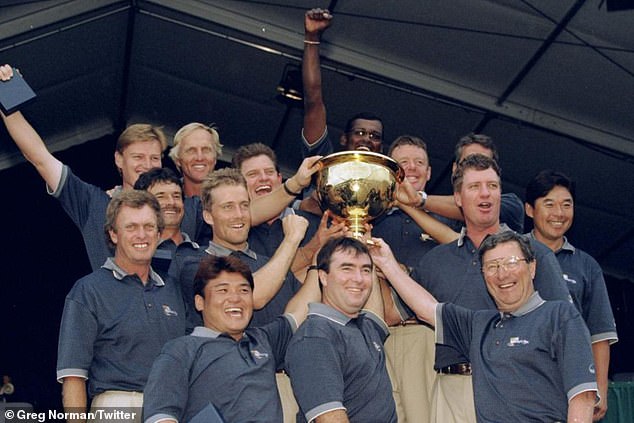 Immelman’s dismissive tone was echoed by Australian golfer Cameron Percy, who despite being a countryman of the LIV Golf CEO, replied: ‘Is this satire?’

The International team, already an underdog in these matches, was hurt more by defections to Saudi-funded LIV Golf, than the Americans — with Cameron Smith and Joaquin Niemann critical to any hopes they may have had.

Heading into Day Two, the United States were ahead 4-1 in the 2022 iteration of The Presidents Cup at Quail Hollow Golf Club in Charlotte, NC. 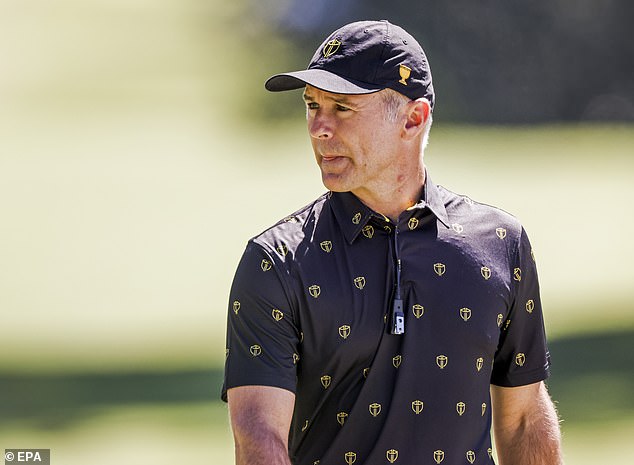 It’s been a busy week for Norman, who climbed Capitol Hill in days previous to seek lawmakers’ support for the upstart tour amid its ongoing antitrust lawsuit against its PGA rivals, but was instead accused of spreading propaganda for his Saudi Arabian backers.

Norman faced questions about LIV Golf’s financing, which comes from Saudi Arabia’s Public Investment Fund, as legislators from both parties accused him of wasting Congress’ time on a business dispute between the tours.

LIV Golf and seven of its players recently sued the PGA Tour in an antitrust violation, stemming from the Tour’s decision to ban any golfers who signed with the Saudi-backed circuit.