EVERYONE stumbles on occasion, but not everyone is filmed in action.

But that was the case for an official at the Cazoo Open De France during a shot by Jamie Donaldson.

With the ball going out of bounds on the right of the fairway, an official can be seen attempting to quickly stand up from their seat, only to almost instantly stumble backwards and fall over.

Just moments later they give it a second try, but again luck isn’t on their side as they find themselves on the turf.

Naturally, this footage has gone down a treat among golf fans, with many taking it as an opportunity to reminisce about their own dead-leg related mishaps.

One commented: “Know how he feels – twisted my ankle and had a lump the size of an egg when it happened to me! [facepalm emoji]” 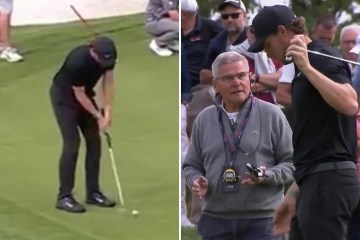 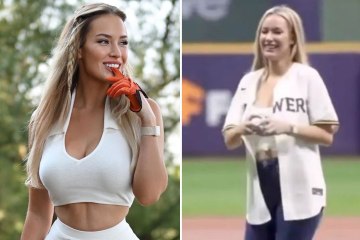 Another said: “This is why I don’t play sudoku on the toilet anymore!”

While one person explained: “This happened to me on a train once… I fell into a couple people’s laps. Not my finest.”

As for the competition, Rasmus Hojgaard ended Friday out in front at fifteen under.

Paul Barjon and George Coetzee are in second and third on nine and eight under respectively.